When I first began planning our trip to New Zealand, I wanted to arrive several weeks before our cruise to have enough time to properly see both the North Island and South Island. After I studied the cost and the transportation challenges, however, we scaled back our plans considerably. After 3 days transit from the U.S., a 19-day cruise, 2 extra days in Singapore, and the trip home, our trip already totaled 25 days. Our cruise departed from Auckland and included another stop in New Zealand at the Bay of Islands. We decided to focus on the area around Auckland for three days and return to New Zealand in the future to see the South Island.

With too many sights to possibly see everything in three days before our cruise departure, we had to prioritize. We definitely wanted to learn about the Maori culture and see the glowworm caves that are unique to New Zealand. We also wanted to learn more about the history of New Zealand and see a little of the countryside. After we booked our flights, our cruise itinerary changed eliminating Bay of Islands which we were keen to see. We were informed our ship, the Norwegian Star would instead spend the night in Auckland which would allow us time for a bus tour to Bay of Islands.

Our planned itinerary prior to the ship’s departure was:   Day 1: Check into our hotel around 5 pm and explore our neighborhood. Day 2: Bus tour to Waitomo Glowworm Caves. Day 3: See as much as possible around the city of Auckland. Day 4: (Added due to cruise itinerary change) Bus tour to Bay of Islands.

As it turned out, on our return trip from Waitomo, we were informed by email the cruise itinerary changed again to restore Bay of Islands. We were fortunate our scheduled bus tour allowed us to cancel the tour AND refunded our money.

I booked the Quality Inn Parnell for 3 nights in Auckland which looked adequate for our needs. The neighborhood of Parnell was a little further from downtown and the cruise port at Queen’s Wharf but the price was right at $165 per night. We were pleased to discover we had a suite with a living room/kitchen combination and a separate bedroom. Since none of the hotels I looked at in Auckland included breakfast, the kitchen facilities came in handy–especially the French press for coffee. Admittedly, I put the coffee on top rather than below the plunger the first time which was a real mess but now I’m an expert at French press coffee. 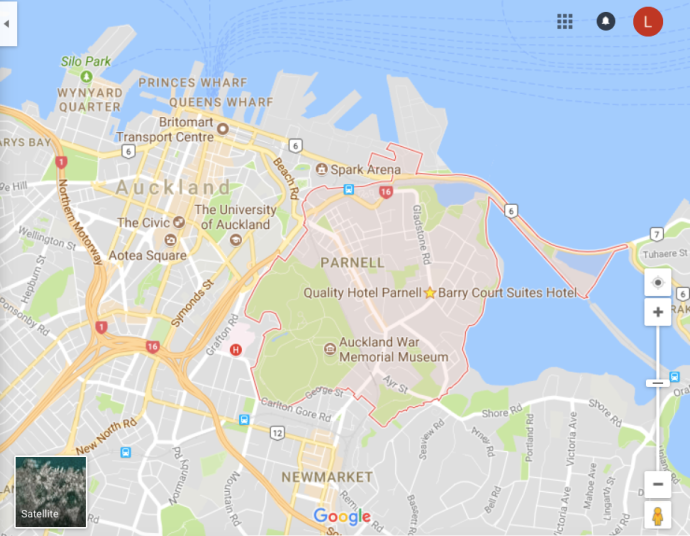 Parnell is the oldest suburb in Auckland dating from early European settlement beginning in 1841. We were charmed by the 19th-century architecture which gave a historic feel to the neighborhood. 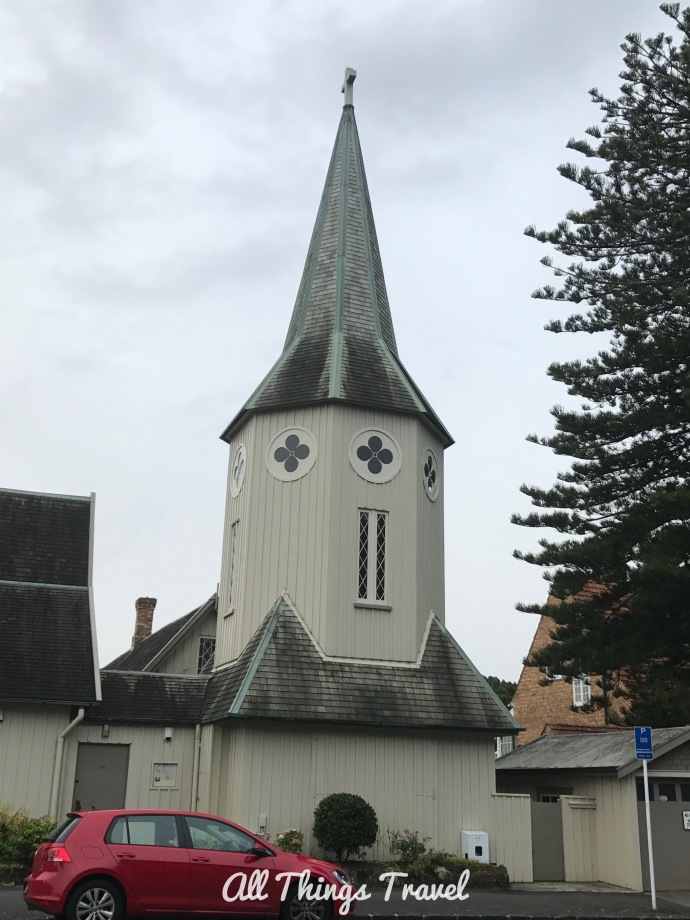 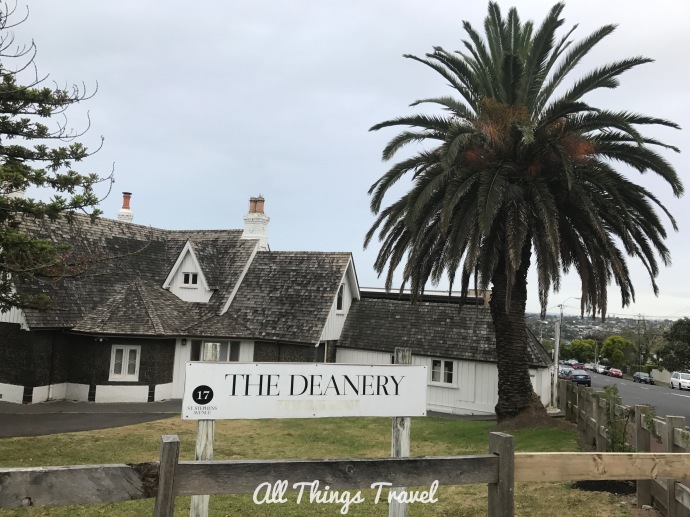 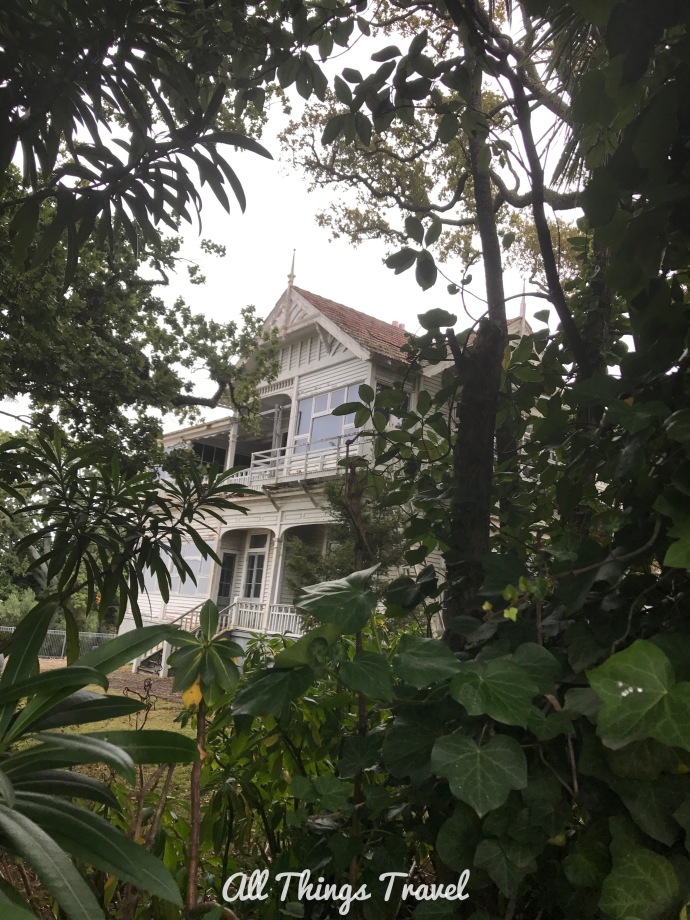 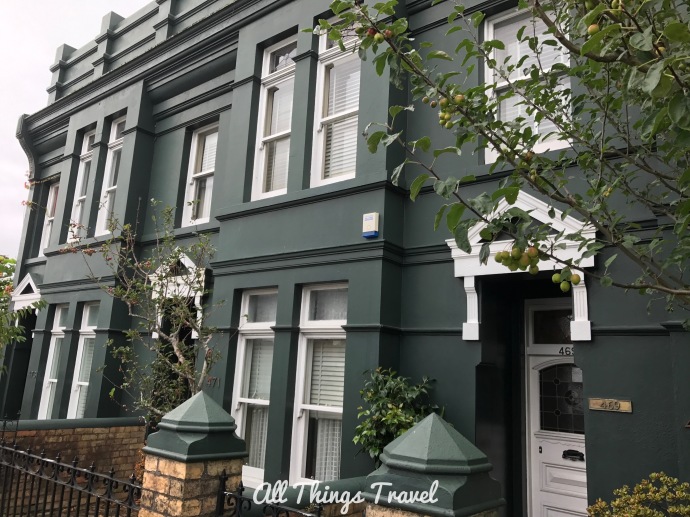 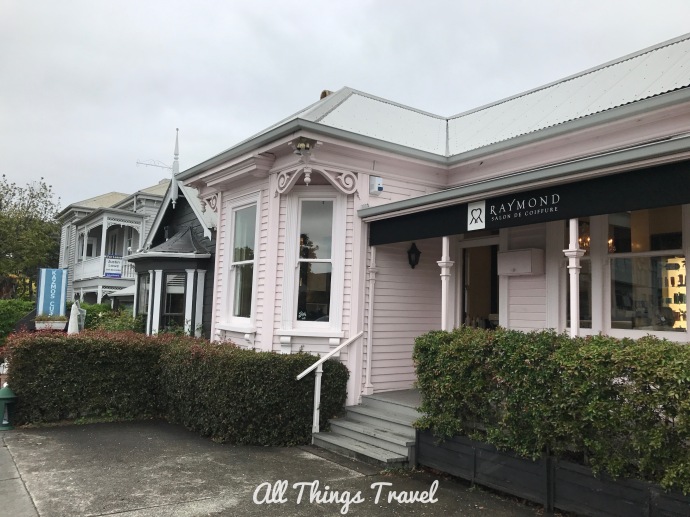 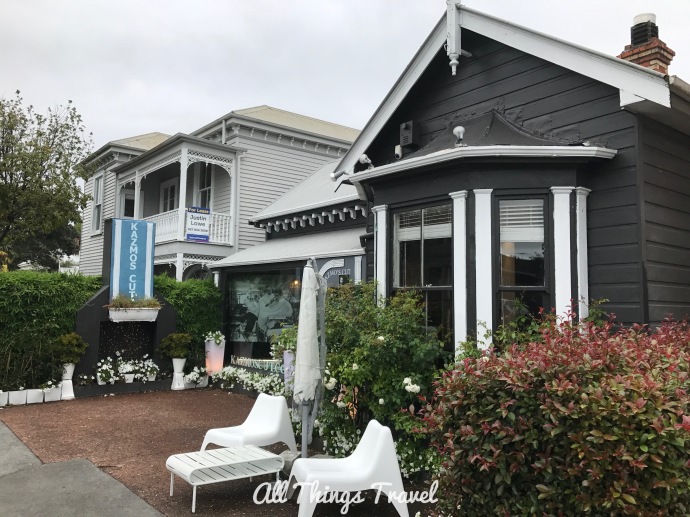 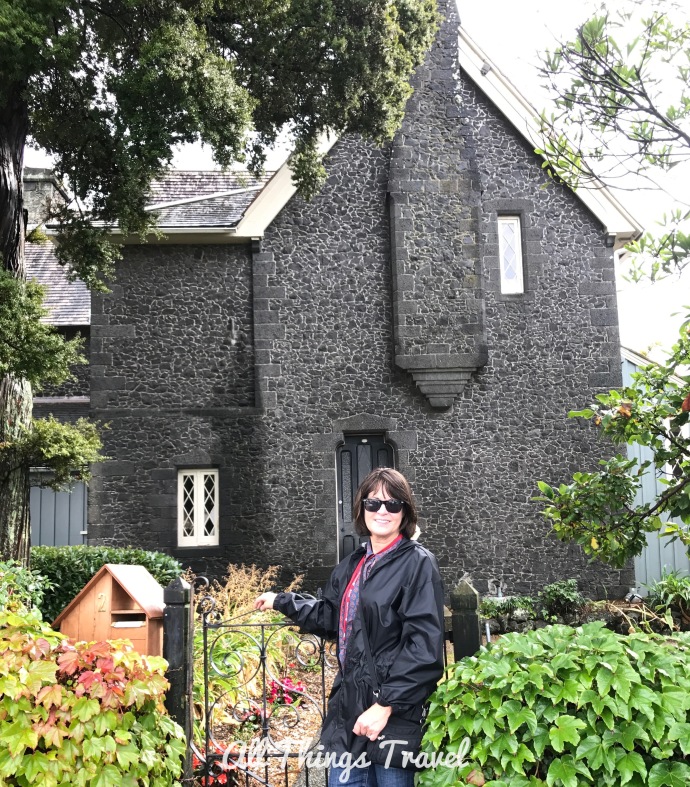 The original Anglican St. Mary’s Cathedral was built in 1886 but it was replaced by Holy Trinity Cathedral, the modern structure below, in 1973. St. Mary’s was subsequently moved across Parnell Road to occupy the space next to Holy Trinity in 1982. 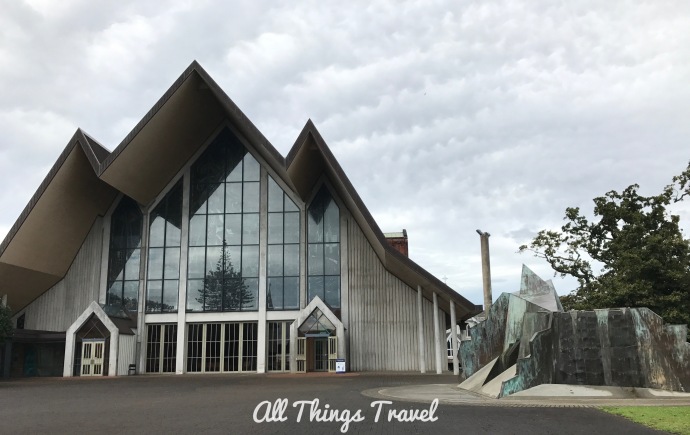 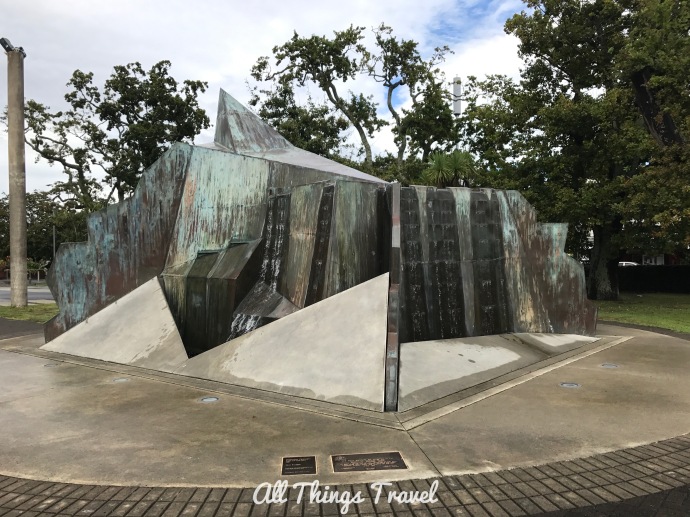 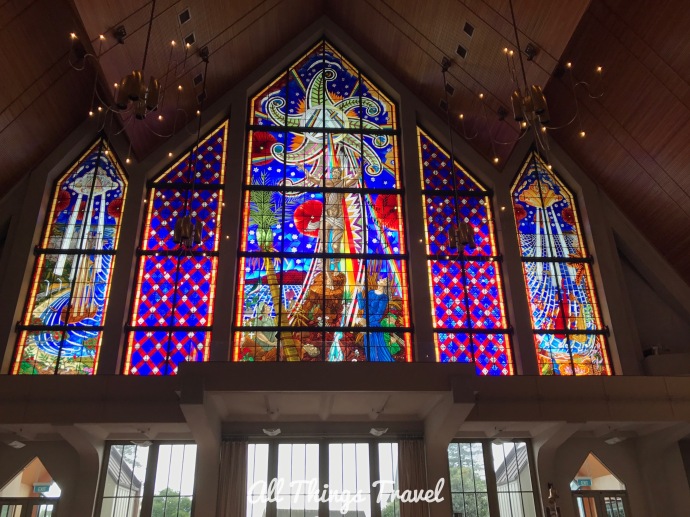 A short walk from our hotel, we found plenty of shops and restaurants. 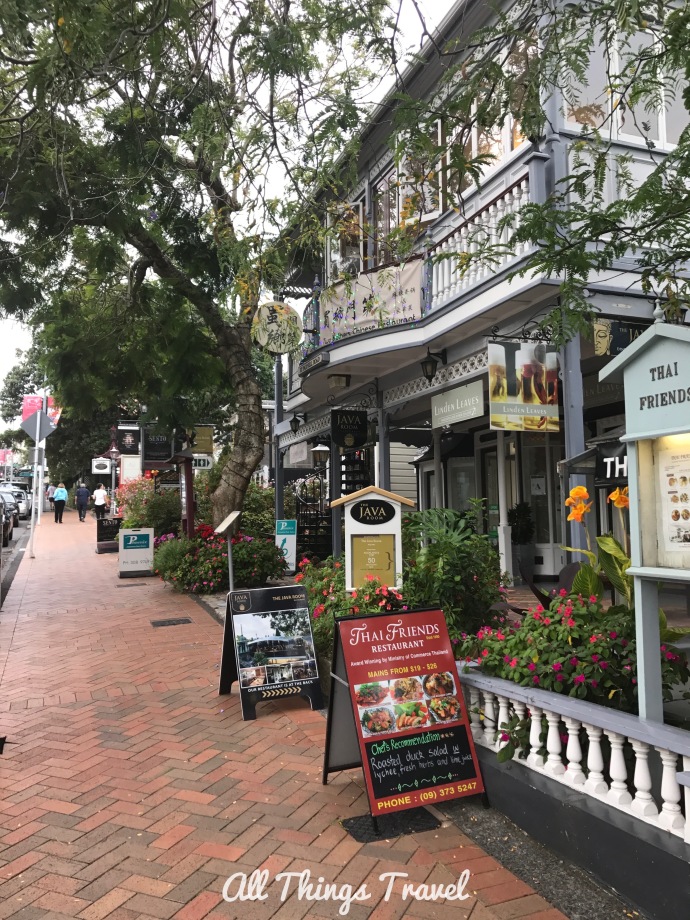 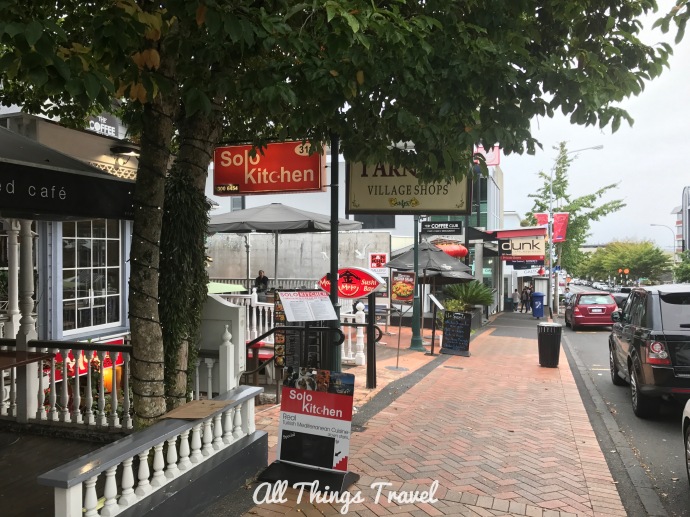 Shops and restaurants on Parnell Rd

With lots of ethnic foods to choose from, we decided to try Thai Friends our first night. It was excellent and although we shared two dishes, we had more than enough to fill us up. 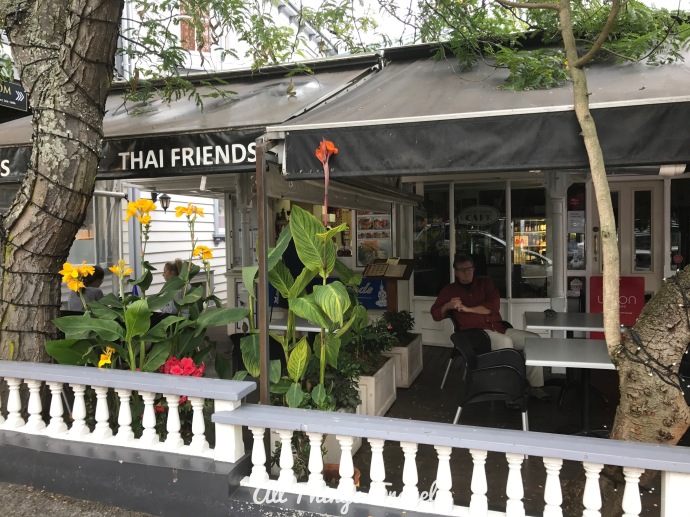 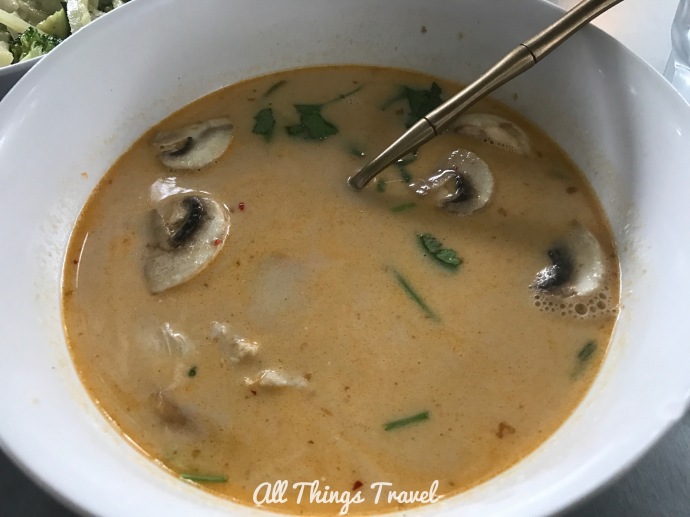 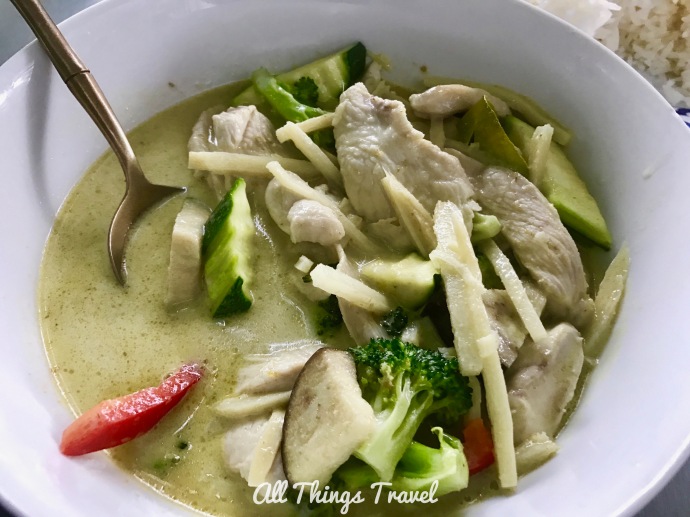 After dinner, we strolled back to our hotel for an early night. After two full days of travel, we wanted to get a good night’s sleep before our bus tour to Waitomo Glowworm Caves the next morning. Stop back next week and check it out. 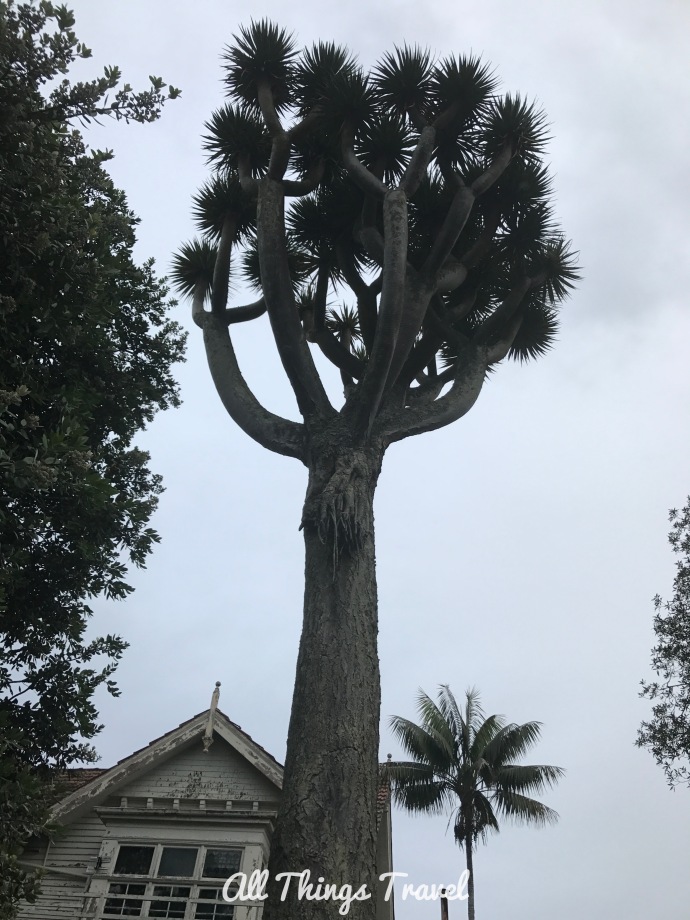 Based on events from February 2017.