Visiting Kruger National Park is like going to Yellowstone National Park in the US without all the bumper to bumper traffic.  Other vehicles were on the roads but we definitely saw more animals than vehicles.  The animals were in larger herds in Kruger than what we saw on the private reserve but you can’t leave the roads and track the animals at Kruger like we did at Vuyani.  Kruger is also more open bush because they do controlled burns periodically so the animals are more visible whereas Vuyani is thicker bush.  So, both offer valuable but different experiences.

Here are some of the sights for your enjoyment. 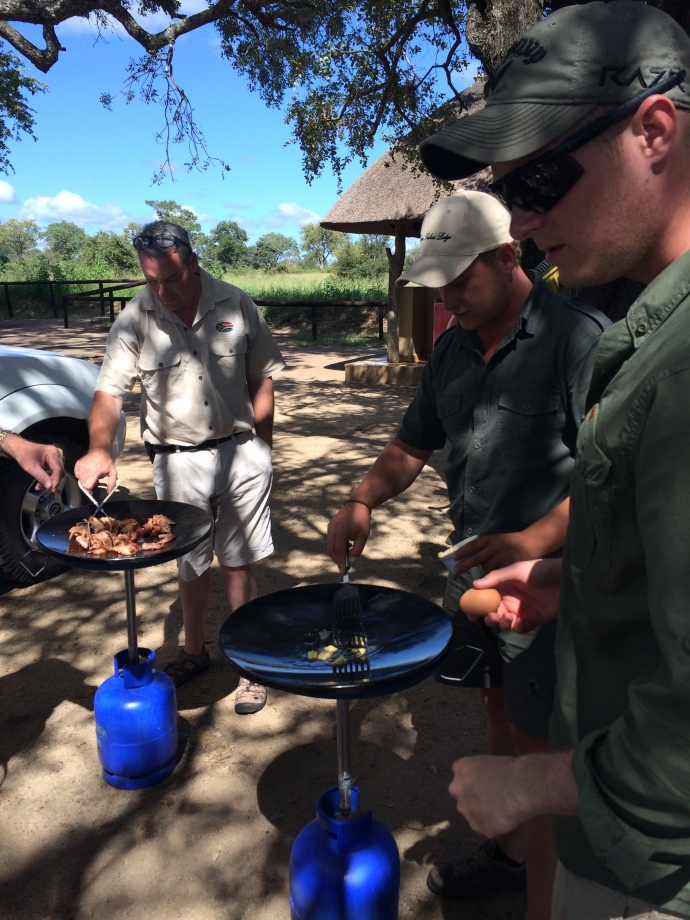 Jesse and Stuart making our breakfast. 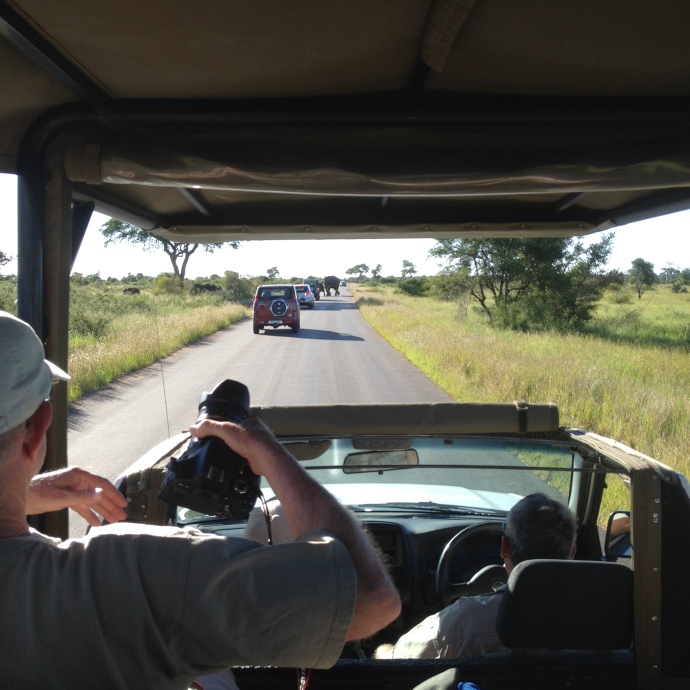 With 12,000 elephants in the park, it would be unusual not to see them on the road.

We saw lots of babies with their mothers.

Elephants will easily tip over a car if provoked. 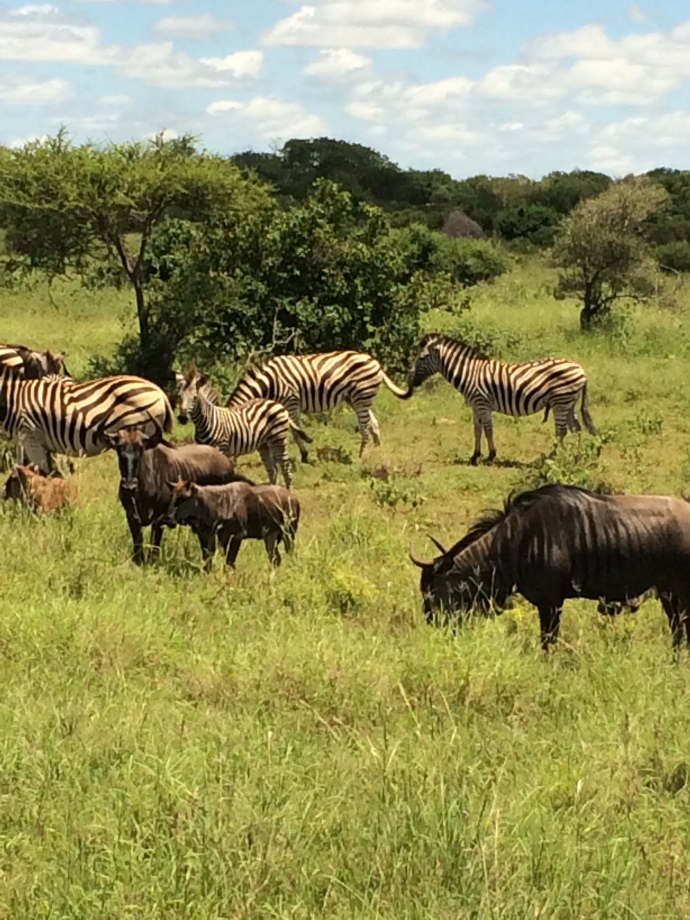 Wildebeest, also called gnu, travel with zebra because the zebra eat the top of the grass and the wildebeest can then get to the lower grass which they prefer. Zebras, however, will sacrifice the wildebeest to a predator by chasing them into harms way.

Zebras will stand neck to neck to present a larger silhouette to predators making them appear less vulnerable. They run single file for the same reason.

There are 3500 white rhino like this in Kruger but only 300 black rhino. White rhino are grazers eating grass and have larger heads. Black are browsers eating bushes. 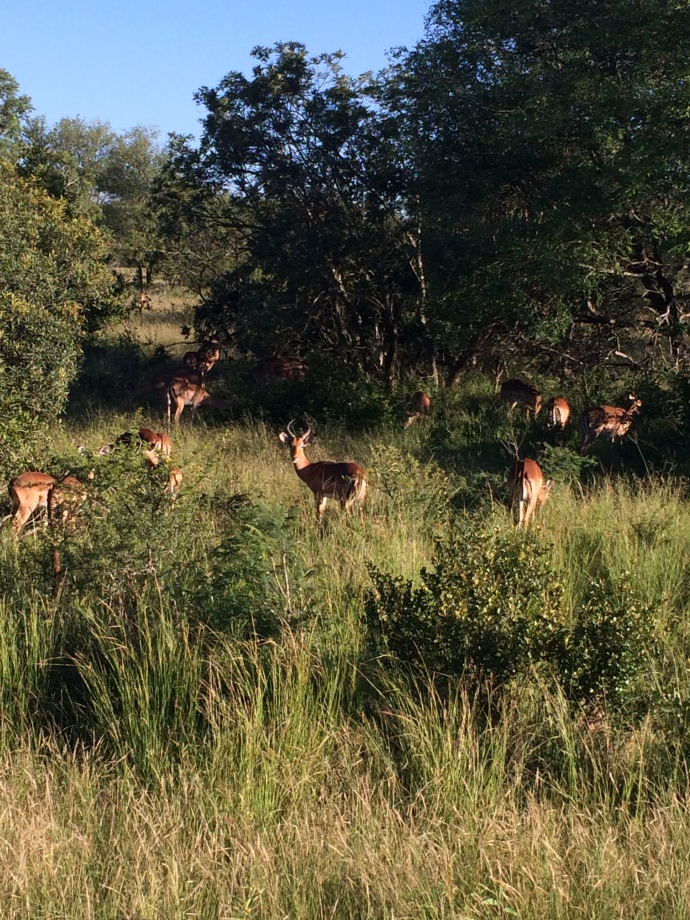 One thought on “Kruger National Park”